With a growing understanding of genetic influences on behaviour and personality, researchers suggest that neuroscience should be highly relevant in the criminal justice process.

Neuroscientist David Eagleman argues that less emphasis should be placed upon punishing offenders with brain imbalances, and that neurobiology should be used to manage criminality generally.

Section 3A Crimes (Sentencing Procedure) Act 1999 sets out the purposes of sentencing, which are:

An offender’s mental condition can, in certain circumstances, lead to a finding of reduced moral culpability, causing less emphasis to be placed on ‘general deterrence’ (ie deterring others from committing crimes) and ultimately resulting in a more lenient penalty.

The rationale for this was explained in the case of Muldrock v the Queen, where the High Court said:

“General deterrence should often be given very little weight in the case of an offender suffering from a mental disorder or abnormality because such an offender is not an appropriate medium for making an example to others.”

Indeed, reports by psychologists and psychologists are often used inside the courtroom as evidence of an offender’s mental condition or illness, and can help bring about a reduced penalty.

Neuroscience deals with the structure and function of the nervous system and brain.

American psychologists Joshua Greene and Jonathan Cohen argue that people with concentrations of brain activity which are different to the general population may be far less able to control their actions, and therefore more prone to criminality.

As punishment is founded on the notion of free will, they argue that those with genetic anomalies which reduce control should receive less punishment for their crimes than other, normal-functioning people.

Recent studies show that certain types of offenders have different brain structures and functioning to the general population, a phenomenon they believe might explain patterns of offending.

Studies have particularly focused on the difference between those with acute antisocial personality disorder, also known as psychopathy, and non-psychopaths. Psychopaths typically lack empathy, guilt, conscience or the ability to show remorse. As a result, psychopaths are estimated to comprise 20% of prison inmates, compared to just 1% of the general population.

Brain scans have found that psychopaths have, on average, much lower volume and activity in the brain’s frontal lobe (specifically the middle and orbital frontal gyrus), as well as the amygdala. These parts are generally associated with emotional control, influencing the production of empathy, remorse and guilt, as well as regulating our impulses and judgment.

One of the best-known examples of brain-changes influencing criminal behaviour was Charles Whitman, the 1966 University of Texas Shooter. While Whitman was previously quite unremarkable, his suicide note requested an autopsy to determine why he had begun to have “many unusual and irrational thoughts.”

The autopsy indeed revealed an extremely aggressive tumour impinging on brain tissue, which reduced the functioning of his amygdala.

Neuroscience has certainly been used inside Australian courtrooms.

In sentencing 49-year-old Jordan Furlan in 2014 for manslaughter, Justice Croucher considered evidence of a brain injury some years before the offence. The Judge found that Furlan’s “moral culpability was reduced, but only to a moderate degree because his judgment was impaired as a result of his acquired brain injury”. Furlan received a reduced sentence of three years and six months.

Similarly, the sentence of Terry Martin in Tasmania for child sexual offences was reduced in light of evidence he had developed a compulsive form of sexuality resulting from the effects of medication for Parkinson’s disease on the dopamine system of his brain.

Neoroscience has also confirmed that the areas of children’s brains which control judgment are less developed than those of people aged in the mid-twenties onward, which supports the long-established idea that children, especially young children, should not be held criminally responsible to the same extent as adults.

Interplay Between Neuroscience and Choice

Even the staunchest proponents of the link between neuroscience and criminality concede that those with “abnormal” brains still have choices. They therefore fall short of arguing that criminal responsibility should be entirely absolved due to differences in brain functioning.

Professor Jeanette Kennett from Macquarie University believes that taking the link between neuroscience and criminality to the extreme, “would undermine the whole notion of responsibility, and undermine the attributive basis of the law.”

So although neuroscience may go some way towards explaining criminal conduct, it should not be used to excuse all responsibility. 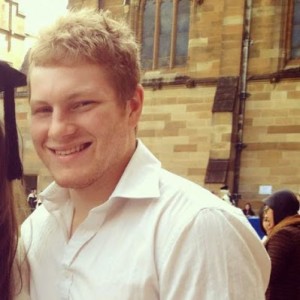 Just received email saying police prosecutor on longterm health leave and rhey want to vacate my editable case??? 10 days notice??? Any info?
This on one hand seems harsh, on the other hand a failure to trim sails to a real budget. No ticket, no indemnity insurance? That's a big deal also.
In relation to Community Correction Order Must Come with a Criminal Conviction Posted February 8, 2022. You referred to CCA Judge Roderick Meagher who as far as I know died in 2011. Did you intend to refer to his third cousin Anthony John Meagher who I think is also a Judge in the Court of Appeal.
You know Pell got off on Appeal don't you?